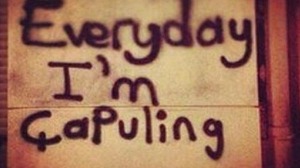 Turkish Prime Minister Recep Tayyip Erdoğan slowly yet surely became the distinct role model for Turkish citizens who were in need of refreshing their long-worn self-esteem. Those were the ones neglected, undermined, and often despised by the emerging ruling class of the new republic of 1923. Ignorance, religiosity, rusticity, roughness, bigotry, and lack of manners were the terms attributed to those who could not readily internalize the quick implementations of the Turkish modernization, which was significantly inspired by Western civilization. After eighty years, century, at the dawn of the 21st century, the humiliated and the insulted took over and raised to the power. How? They filled in the blanks in the state hierarchy which was left vacant by the republican elite mostly due to their indulgence and arrogance espoused by army’s pretentiousness. Formerly uneducated and unsophisticated seasoned villagers became present day’s welfare seeking inhabitants.  Thriving in the peripheries of rapidly growing cities, they developed into neo-conservatives who gave birth to a generation of faithful technobureaucrats. Inch by inch, the oppressed layers re-positioned themselves in educational, financial, judicial, administrative, and finally legislative institutions. A stoic patience cropped out the victory. Erdoğan was the new pathfinder. Winning three consecutive elections and effectively downsizing the military’s power on politics made the lay people identify and share the unprecedented esteem with him.

But the third elections changed everything, including Erdoğan’s managerial character. He got half of the votes and occupied almost two thirds of the parliament, something quite uncommon in Turkey’s political history. In his famous balcony speech on the evening of the election (12 June 2011) he reassured that all citizens’ modes of existence and ways of life would be guaranteed. Was that supposed to be soothing? Not at all! Perhaps only for the too liberal to worry, and just for that moment. What the other half worried about was Erdoğan’s impending transition from a goodwill-hunter to a one-man ruler. The definitive change was marked by a radical decree almost overnight for the terms of compulsory schooling, partitioning the previously integrated and continuous compulsory education. From that moment on, having already gained the backing of the judicial mechanism and the police force, he himself turned out to be the government itself. Something he hinted at in the balcony speech but nobody wanted to take it that way: Why did he need to express that all modes of existence and ways of life are guaranteed? Is it not already the first and the foremost principle of democracy? Did we need his word for it?

It appeared we did. It was curious that he reemphasized the discourse regarding not messing with people’s choices and preferences, whilst he increasingly encouraged official and unofficial regulations directly affecting people’s daily lives. These were not only about the controversial and uncompromised undertakings for the nuclear plants, or the third bridge on the Bosphorus with its ill-famed name, or the overenthusiastic project of Canal-Istanbul, or nationwide urban renewal projects which are, in practice, enforced resettlements, or constructions leading to massive environmental destruction and deforestation. Truly annoying regulations were rather directly linked to people’s daily personal activities and behaviors regarding how they wished to live. He was to solicit all deeds normally processed by the assemblies of various governmental and non-governmental organizations. His solo declarations increasingly included verdicts about abortion rights, medical practices in child delivery, the number of children families should have, the scenarios of TV series depicting Ottoman sultans contrary to widely shared heroic images, the movie scenes with people drinking alcoholic beverages, the composition and grammage of bread, number of storeys contractors allowed to be built, destruction of artistic monuments, construction of monumental mosques, renovation and re-erection of selected historical sites, banning the use of Taksim Square on Labor Day, the square meter of green area per person, even the Olympic volleyball team’s need to practice the triple block!

He was quite passionate to shape up our docile bodies. He did his best to act and enact as the chief educator, scientist, medical practitioner, theologian, judge, historian, artist, trader, negotiator, life coach, journalist, screenwriter, legislator, and the ultimate arbitrator. He was the protector of the poor and corrector of every wrongdoer. When he could not momentarily function in one of those roles, his ministers and technobureaucrats deputized him. Being the ultimate role model, many of his kin-comrades from top-to-bottom find it legitimate to give reference to various moral values and religious principles rather than human rights, constitutional liberties, or universal ethics in defense as well as in expose of whatsoever put forward in front of them and us by the prime minister himself. The kin-comrades were encouraged enough to issue decrees on women’s clothing and makeup, even the color of lipstick, making announcements at the tube stations reminding citizens to obey moral rules directly targeting couples kissing or hugging in public places. The refreshed esteem and resulting identification with the leader was enough for the shareholders to justify limitations imposed on the democratic rights and liberties. Now, it was their turn to despise people who do not share their worldview, way of living, values, judgements, and identities.

That way of reciprocal identification and esteem-building led Erdoğan go so far to express that every alcohol-consumer is an alcoholic. He went further to assert that he wished to raise a generation of religious youth.  He seemed to be quite convinced that he knew better than anyone else the measure of rights and liberties and that it was his place to bestow these onto his subjects with the mercy springing from his generosity and benevolence. Erdoğan was very assured that the 50% of the voters supporting him was more than enough to justify nurturing his kind of a religious posterity. He left no room for any discussion, dialogue, or consultation when he needed to shape up a definite form for each and every aspect of his fellows’ lives.

Yet, it was not until he declared that Taksim Gezi Park was going to be demolished and a shopping mall would be constructed there that the pressure of one-man ruler was felt so profoundly. In fact, unbeknown and of no interest to many protesters, the shopping mall disguised behind the plan that an already torn-down military building, Topçu Kışlası, a cantonment, would be re-erected there, which is also a symbol in Erdoğan’s wing of the age-old blood feud between the conservatives and the reformists. That is probably why Erdoğan insisted so much on it and why he accused the protesters of not being informed about the history of it. This created dissidence because the protesting youth did not ask to join this blood feud, nor they have any appeal for a new building, however historical it might look, in the middle of one the last green square left in the heart of Istanbul. Moreover, there is more beyond protecting the green. Taksim area is the last frontier for the present cohort of youth to feel free and act freely. It is a square to meet with all the corners of the world, a place to think and imagine, a realm to dream and create. Taksim Square is not owned only by Istanbul dwellers, but by the populace of the entire country. Building a nonexistent military cantonment and turning it into a shopping mall with residential flats equally meant the destruction of the folks of the square and eventually the vivid life in and around Taksim district as a whole. It is also worth noting that Taksim is the biggest and also the last bubble of fresh air; something worth fighting for.

Within a week’s time, Gezi Park protest proved itself a justified civil disobedience movement with its brand new form of resistance by humor, irony, and art. The movement has used, what many liked to call, disproportionate intelligence against disproportionate violence brutally excercised by the riot police. Despite all kinds of provocations, the crowd succeeded in keeping calm. The movement instantly sprouted its songs, rhymes, cartoons, films, banners, choruses, plays, and all sorts of means other than sheer violence just so as to pledge its rights and liberties. On the other hand, instead of taking precautions to calm down the protesters ever spreading to the whole country, Erdoğan, from the first moments on, professed publicly that he is ready to ignite ‘his 50%’ to confront the Gezi Park protesters.

Why was Erdoğan insistently deaf to what was really happening out there? How could a prime role model be so unwilling to be the role model for the protesters as well? Didn’t he believe that he did everything with a profound truthfulness?

The Transgenerational Trauma and the Corrective Emotional Experience

Erdoğan took the new generation’s esteem with the esteem of 1920s. It is Erdoğan himself who perceives the present generation as his enemy: an unwilling enemy he himself created by bullying the innocent and the naïve. He was either illuded by or consciously fabricated the false image that the protesters are disguised rivals who wish to attempt a coup d’état and make him hand over his power. At the very beginning, Gezi Park protest was really just about the protection of the park itself, but right after the first police attack, it evolved into a nationwide movement of democracy, freedom, equality, and human rights. It has explicitly and implicitly nothing to do with a coup. The innocent and the naïve stood fast for their right to wander freely in their own streets without a bully shouldering them at his sweet will. The youth on the street have accomplished their own version of esteem and they are determined not to give in to a streetbully. This is not the esteem of 1920s, nor that of Erdoğan’s genre. However, this is not something that Erdoğan is disposed to admit. His standpoint do not allow him to negotiate with the present generation of vocal youth. Worse, he lost the common sense to listen to his fellows who begun to hear about the protesters’ message. Apparently, Erdoğan’s transgenerational trauma had so much blinded him that he attempted to take revenge from people who were not responsible for what had happened before they were even born. And, ironically, he is very successful in creating brand-new traumas amongst the present generation.  On the other hand, albeit momentarily, a most spirited corrective emotional experience is also being generated alongside. This is the kind of experience engendered by the protesters for themselves and for everyone as they go through something neither them nor the rest of the counrty could have been able to foresee.

Gezi Park protest is the living proof that Turkey’s youth has been struggling for coming of age. Now, they are expressing a strong refusal to submit to a father figure like Erdoğan and his kin-comrades who are stuck in their teenage years. In this respect, Gezi Park youth is different from that of the 70s, who were challenging the regime itself and, alongside, fighting amongst themselves to take the power under the auspices of big-brothers of the cold war era. Gezi Park generation needed no sponsorship. Instead, their esteem is driven by their fellow protesters. Now they have their own standards for resistance, as well as for their freedom. Being less masculine and more ingenious, they set sail for an indefinite future which is surely to be shaped by their idiosyncratic guts, insights, and inspirations.